My Diary From the Edge of the Couch

Here's a picture of her Extraordinary World: 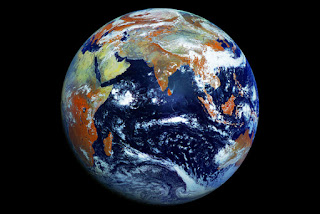 Does it look familiar?  That's because it is your world!!
Gracie and her family live in a mirror world to ours, except their's is flat, and it's full of wild creatures.  Kraken, mermaids(not so pretty), werewolves, giant seasnakes, sasquatch...  everything you've ever read about in fantasy is real, and very, very dangerous!

One day a cloud shows up.  Clouds come when it is time for someone to die.  Gracie's little brother Sam is sickly, and when the cloud settles over their house the family decides to outrun it, and to travel into the unknown.  As you turn the pages of this story with your tongue and canine teeth (very gently), you will be taken on a wild adventure that involves danger and hunger, fear and joy, growing and changing.  You will find a major surprise twist, too, right at the end.

So pick up this book and do some couch traveling.  I hope your trip is as full and exciting and satisfying as mine was, and that when you come back to yourself at the end of the book you will understand Gracie's feeling that "the world is messy and getting messier, but that it's still our world, and we love being in it." 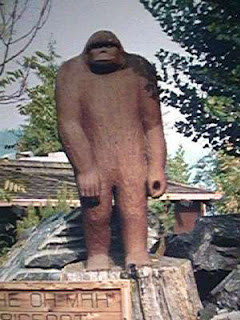 Posted by Princess at 5:11 AM No comments:

Werewolves and Broccoli - Are They Really So Different?

Two recently-published books came home in a bag last week.  Here's what I noticed right away:  Smiling mushrooms and a wolf on one cover, and a penguin and pajamas on the other.  The penguin wasn't wearing the pajamas, and the wolf wasn't laughing along with the mushrooms, but the juxtaposition of those images sure caught my attention.

So what did I do?  I grabbed a biscuit (or two), and lay on the couch I'm not supposed to by lying on, and started reading.  I was so engrossed I hardly had time to get off the couch and jump crazily at the door when my family got home.

Later that night, as I lay at the foot of the bed worshiping my Dad I started to think about those two books and what they had in common.  If I could have drawn a Venn diagram I would have.  Without opposable thumbs it's almost impossible!

The Astounding Broccoli Boy (Frank Cottrell Boyce) and Return to Augie Hobble (Lane Smith) both tell the stories of two underdogs, if I may use that expression.  They get thrown into unusual circumstances, one because he inexplicably turns bright green and the other because he has a close encounter with a werewolf.

Rory, the broccoli-colored one, has to join forces with his enemy, who also turned green!  They decide they must be green for a reason, so they set out to do astounding things.  Astounding things do happen, but not quite in the way they expected.  However, they both grow and change - their lives will never be the same.  Would yours be, if you had turned bright green?

Now let's discuss werewolves.  Furry, drooly, badly behaved...  I've never liked them.  Augie Hobble is spending the summer working at Fairy Tale Place, the run down amusement park his dad manages.  He also has to go to summer school, since he failed his Creative Arts final project.  He's being bullied and his best friend is going away all summer.  Then the worst thing happens - his best friend dies while away!  And another really bad thing - Augie has a run-in with what he thinks is a werewolf, and soon his journal entries become very scary.  Is he turning into a werewolf?  The truth is even stranger, and let's just say it's possible for best friends to always be with you, no matter where they've gone.

These stories have humor, adventure, mystery, weirdness... but their power is friends, both new and old!  Now it's time for me to go pee on a bush, and for you to pick up a good book.
Posted by Princess at 7:40 AM No comments:

There Will Be Bears, and There Was a Sandwich

I'm going to review two books tonight, even though it is after my bedtime.  They both have bears in them, although I'm not sure about one of them.  It seems there might not have been a bear after all! 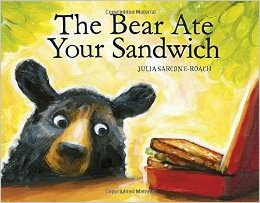 Let me explain.  The first book is called "The Bear Ate Your Sandwich" and it is written and drawn by someone called Julia Sarcone-Roach.  The pictures are delicious!  It is an easy book to read, and small people and their dogs can really enjoy it together.  There are sandwiches, enough said.  The plot is this:  Bear wakes up, smells berries, climbs in truck, travels and explores, finds delicious sandwich and eats it, travels home.  But there's a surprise ending, and it involves ears.  They are good ears, and this is a great book.  Can we believe that the bear really ate the sandwich? 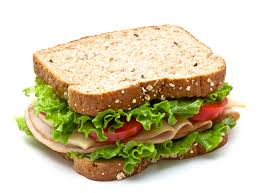 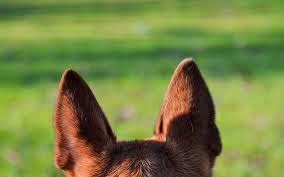 The second book is for bigger people and definitely has a bear, a pretty big and scary one.  This book, called "There Will  Be Bears", doesn't have pictures, but as you read it your brain will be supplying some pretty vivid ones to go along with the story.  There is a family of people but the two most important ones are the boy, Tyson, and the Grandpa, Gene or "Gramps".  They have a special bond that gets tested in some interesting ways.  You wonder for a little bit if they'll be able to keep their love strong, and then you wonder if they'll be eaten by a bear!  I really thought this book was going to have an unhappy, and very messy, ending.  Before the bear there were some other bad things for Tyson to deal with, and the author does a good job of putting in some funny stuff to go along with the hard stuff. 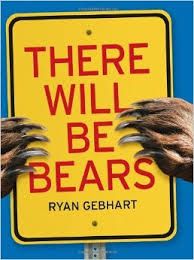 You really want things to work out for Tyson, he is a good guy and his story is a good story.  Once you start you want to keep reading, and there's a lot of action to keep Tyson's story exciting.  You might never have a chance to go tracking elk, and you may never have a huge bear charging down a hill at you, but you probably have had trouble with a friend, and you might have had some girl (or boy) trouble.  Maybe your grandparents are growing old, too, and you might have felt sad and angry at things happening in your family.  You'll be rooting for Tyson and hoping that bear doesn't get him! Thank you Ryan Gebhart for creating an adventure that made the four walls of my suburban home melt away for an afternoon.  Now I'm going to lick my tail end and go to sleep.
Posted by Princess at 8:06 AM No comments: