My name is Winnie, and I'm a 2 year old Australian mini Labradoodle.  I LOVE to read and my family does too!  I'll admit, this is my first time writing about a book I've read.  Usually, my family and I just talk about our latest books....BUT, this is so much more fun! 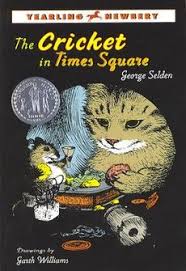 So, I've just read, "The Cricket in Times Square."  My mother said she read it when she was young.  As we spoke about it, we agreed that we both loved this book although perhaps for different reasons!

The story has 3 main characters: Chester Cricket, Tucker Mouse and Harry Cat.  Personally, I would love to meet these characters.  I kept thinking how much fun it would be to chase them all around Times Square!  Chester Cricket gets lost in New York City and ends up at a newspaper stand.  He meets Tucker and Harry, and they have many fun adventures!  Chester Cricket starts singing and attracts humans.  He eventually holds concerts and many people come from all over to hear him sing.  Although he is happy in Times Square with his friends, he misses his home in Connecticut.  Tucker and Harry help him eventually go home. 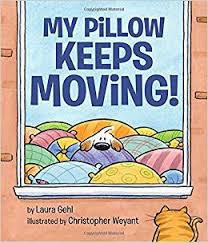 This is the setup for a very funny pattern - dog sneaks in to store, hides amongst merchandise on sale.  Goofy old man buys dog, thinking it is sale item.  At home his new product does not behave as expected, he takes it back to store.  Salesman (think used car salesman) assures him the product meets all guaranteed qualities (soft & fluffy!) and sends him on his way. This pattern is repeated with pillows, footstools, and jackets until we reach the inevitable very happy ending.
Make sure you look for the cat throughout the book, and don't forget to enjoy the stinky and embarrassing trip to the grocery store!

Next you might want to open up the giant-sized book "Giant Pants".  Ye Olde Mark Fearing wrote and illustrated this silly book, which seems to take place in the magical Middle Ages, with a touch of cyclops thrown in.  Belbum the giant has lost his one pair of pants, which were specially made for him by the tailor in town.  After unsuccessfully searching his whole house and flinging things about, Belbum must venture forth in his very large and polka-dotted boxers to try to find some pants.  He visits each of his friends - Polyphemus the cyclops (enjoy the picture of Belbum in a very small toga), Old Grint the wise gnome,  and Lucy the unicorn.  No pants!  Watch as Belbum cringingly walks in his boxers to find the tailor in town.  Enjoy his generosity with his friends, and then nod knowingly as he returns home with his fancy new pants, opens a drawer to put them away, and finds his old pants. 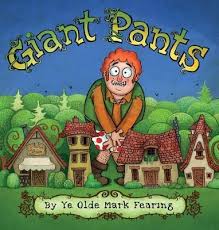 I was reminded of one of my other favorite books about a giant, "The Spiffiest Giant in Town".  That would make a great companion read.  Another favorite, "Lost Cat", could pair delightfully with "My Pillow is Moving".  So grab your dog biscuits and a big bowl of water, climb up on the couch and circle around about ten times, then settle down on top of the remote and the one good blanket and have yourself an afternoon of cozy reading. 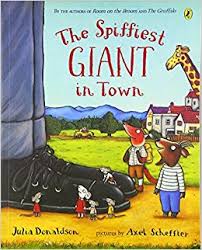 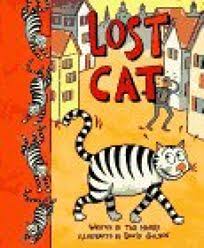 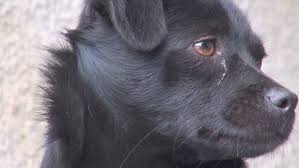 I realize my whiskers are not as fabulous as those of the cats (a source of much personal dissatisfaction!) but they are still big enough to catch the dog tears that were running down my rather wide snout as this book neared its end.  Just Like Jackie is a debut novel, masterfully written by Lindsey Stoddard.  Although I secretly think it might have been written by her dog. 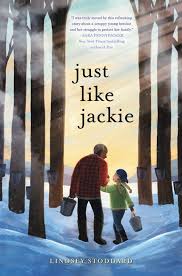 When we first meet Robinson Hart she has just bopped Alex Carter's nose.  He is one of the worst kinds of bullies-an angel in front of the teachers but sneaky and mean when they turn their backs.  He has pushed Robbie too far, although to be fair it doesn't take much.  She seems to be always ready for a fight.  Her anger turns to fear when the school office calls her grandfather in.  What if they notice that he's confused and befuddled?  He always seems fine in the morning, but now it's the afternoon and his brain just doesn't work right later in the day.  He is all she has.

So let's talk about the characters.  There's Derek the best friend, a prime target for Alex's bullying.  You've already met Alex.  Ms. Gloria is the teacher who offers help and counseling - Robbie is assigned to see her often during the week. Candace and Oscar also see Ms. Gloria, and could be allies for Robbie if she could just let her guard down.  Grandpa is Robbie's most important person, he is her everything.  Harold is also important, he works at Grandpa's garage.  He and his partner Paul are adopting a baby, May.  Famous baseball player Jackie Robinson is a peripheral character.  As Robbie's namesake, he is an example of strength and character. 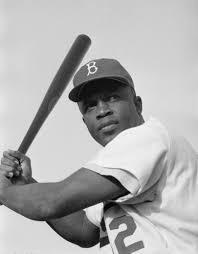 I see Mom on the couch, snuggling with one of the cats.  It makes me feel itchy and anxious, and I am having trouble concentrating.  At least it is distracting Mom so she doesn't see that I've got her laptop.  I'm going to just give you a few more tantalizing details so you realize that you really, really want to read this book.  You will be glad you did.

Robbie's class is assigned a family tree project.  Most of the kids are super excited, but Robbie is not.  She knows nothing about any of her family, except that her mother died when she was born.  All she knows is Grandpa, and he closes up tight as a drum when she asks any questions.  Now that he's getting all confused she's afraid she'll never find out about her mother, or anyone else.  It turns out that she's not the only one upset about the project.  Candace and Oscar don't know where to begin either, but the biggest surprise is that Alex the bully is equally troubled.  All four end up in a group with Ms. Gloria, where many secrets are revealed.  As the deadline for the family tree assignment nears, exciting and dramatic things happen.  This is where the whiskers come in.

The cat is showing off her long whiskers on the couch as she gets all that undeserved attention.  Well, she can't read, so she can't feel the worry, and sorrow, and anger and acceptance that makes my eyes water as I follow Robbie through this book.  And therefore she can't experience the ultimate triumph of love and understanding, and the heartwarming finale when Robbie redefines what family means.  So as tears get lodged in my short and stubby whiskers I am an active participant in the wonder of a good story that expands my own world.  The cat may be content but I am enlightened.

Posted by Princess at 8:52 AM No comments:

Hygge versus Hog, or is it Hug?

Well, I have gotten quite a bit older since I last wrote.  My adorable nose is white now, and my back legs don't always work well - sometimes I plummet down the deck stairs, but I always bounce back as I'm still a little puppy-ish.  I have no excuse for not having written except laziness.  I have been reading, though!  I would never give that up.


Mom asked to borrow my blog, as she is obsessed with something called "Hygge".  I thought she said Hog, and that she was complaining about Daddy's weight and eating habits again.  But that wasn't it, and it wasn't Hug, as I sat patiently waiting for her arms to go around me and her hands to scratch my ears.  That didn't happen, at least not right then.  Turns out there's something called Hygge that is all about simplifying, and nature, and living in the moment, whatever that means.  It comes from some place cold, and seems to involve food.  Unfortunately Mom can't cook, but she can make coffee and she also says she can buy baked goods.  She explained this to me while surrounded by dog hair and thousands of Legos and everyone's mess - what she calls material chaos.  Frankly it just prepared me for my next nap. 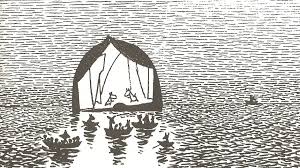 Two hours later I woke up and she asked if we could start the blog again, and she was going to have something called "The Summer of Moomins".  The whole Hygge thing made her think of it.  She is going to read a chapter of "Moominsummer Madness" each week, and use it to "drag herself back from the brink".  Don't ask me what that means.  She was getting a bottle of wine out of the fridge at the same time.

So, if we're doing this again, I am going to also review a book I've been reading, which has nothing to do with Hygge, or Hog, but maybe with Hug.  This week it is "Turtle in Paradise", by Jennifer L. Holm.  Turtle is a girl growing up during the Depression, not to be confused with the depression, which seems to happen about once a month at home.

Turtle is 11.  Her mother is a housekeeper who works for people who still have money during this poor time in American history.  Turtle and her mom don't go hungry as often as many others because they live with people who have money, but Turtle doesn't have a dad and her mother gets her heart broken all the time by men who are no good.  Then Archie comes along and he seems alright!  The bad thing is her mom's new boss doesn't like kids, so Turtle is getting sent to live with an aunt in the Florida Keys.
You may think that sounds glamorous, but this was before the Keys became a tourist destination.  Everyone is dirt poor, and Turtle is now living with a passel of cousins who don't wear shoes, crammed into a little rickety house.  She's the only girl, and she's got to use her wits and an inner strength she didn't know she had to make a new life for herself.  Soon she is coming out of her "turtle" shell and having exciting adventures.  I won't tell you more, but I will hint at the grouchy grandma and the pirate treasure map, and a fortune discovered and lost.  At the end Turtle gets the best treasure of all - her mama and a real home.  This book is so great, I just know you will love it, and you'll see that you can find hygge even in a rickety, messy little house.  Do you hear that, Mom? 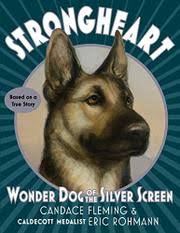 Wow, what a guy! The strong, silent type with a tough outside and a sensitive inside.  I loved reading this book and imagining myself back in the days of silent films, joining the throngs of Strongheart fans in their adulation of this amazing German shepherd.

While my heart is going pit-a-pat my feet are going typety-type-type, unfortunately making many typos because the fur between my toes is so long right now.  I want to recommend this book, "Strongheart: Wonder Dog of the Silver Screen", to any readers who like dogs or historical fiction. Candace Fleming based her book on a true story and included many real details.  Eric Rohmann made Strongheart look positively dreamy, even when he's sneaking donuts.  The pictures sometimes take up a few spreads, a la Selznick's "Hugo Cabret".  Dogs or reluctant human readers (even cats!) will find this book just whizzes by, helped along by the many pages that are only half filled with words, and by all those glorious illustrations.   I could just go on and on!


Oh, wait, it's dinner time.  I have to go stare at the refrigerator door.

Posted by Princess at 8:43 AM No comments: